We are on a craggy bluff—two wind-blown women admiring the way the ocean boils and seethes on the rocks far below—when I take a quick step back to give Edna a shove over the precipice.

Sometimes I lurk in evening shadows across from her hairdressing salon. After she comes out and turns the key in the lock, I follow her into the thickening mist of the alley, take out the long-handled knife from beneath my coat, and—

At other times, she is Anna Karenina and I am the train. But wait. That one doesn’t count as it involves a voluntary leap.

The chair squeals as Edna turns me around to face the mirror. There’s an almost imperceptible twitch of her head—a gesture, I suppose, meant to register surprise at seeing me. She ruffles my hair and squints at my reflection. We haven’t seen each other in six years but she speaks as though nothing ever happened.

I study her in the mirror. Same pinched-in lower lip like a baby’s. Same boiled-potato pallor. She limps in her orthopedic shoes over to the towel shelf and back, then drapes a towel over my shoulders.

I straighten and clutch the arms of the chair.

On the wall behind us, the paint is peeling. Women in posters —with bouffants, pageboys, and pixiecuts—look down with faces drained of colour, except for a persistent insipid blue which gives them the disturbing appearance of smiling cadavers. To my right, another customer sits like a Viking under the blast of air from a helmet-shaped hair dryer—the type that went out in the ’60s. Ironically, Edna calls the place Changes.

When we were children she lived on the farm next to ours. Our mothers were like sisters, tripping back and forth from their respective houses to share the latest recipe, baby-care tips, or salacious gossip.

After Edna’s father was crushed to death when his tractor rolled on him, and after her mother died of cancer when Edna was just eight, my mother said we had no choice but to take her in.

I was suddenly required to share everything—my room, my books, my horses. I remember her pathetic, lost-puppy expression and the irritating swish of her feet on our oak floors as she padded along behind me in the thick argyle socks her mother had knitted.

When we were teenagers she was always the shy one, the one who held back when the rest of the girls piled into some guy’s car and wheeled around town swilling Baby Duck and passing a joint.

Her math marks in school were terrible and I often sacrificed my Saturday nights to help with her homework while my mom hovered, fingers laced on her chest with the sanctifying grace of a Mother Theresa.

Oh, if I knew then what I know now—that truth seeps in like a bitter elixir to reveal that all humans were made to suffer.

In my recurring dream in the meadow you can hardly see where I buried her. The mound is covered with a thick mat of foliage: plantain and hawk bits and a repugnant-smelling flower I can never identify. I am sitting next to her grave when a man always approaches. His voice is thin, like the thread of wind that rustles the long grass. “You were her best friend, were you not?”

I leap up and try to run, trip over a boulder, slide on my belly. What a sight I make, writhing and gasping like a pinned snake. And yet it is strange that the dream possesses something vaguely remembered—like a bad taste that stays on the tongue.

My psychiatrist says we must smite the fire-breathing monster that breathes down the back of our necks. Can you believe he said that? I guess it’s his ineffective way of saying that we must face our demons, and I suppose that’s why I’m here in Edna’s salon where I can hardly breathe from the ammonia fumes.

What will I say to her? It’s difficult to sound sincere when I just want to kill her.

If only I could tweak Tolstoy and change that train scenario. In my version, someone on the station platform— a large woman with an armload of parcels—accidentally jostles her, and she falls onto the tracks in front of the oncoming train. I am the train.

Afterwards, her head is the only recognizable part. Eyes staring into eternity. Tufts of hair poking out from that ridiculous celery-green toque she always wore.

Oh, I suppose there were some weak moments when I tried to help her. I had just returned from university and I remember putting together a carton of my favourite books—Austen, Dickens, Faulkner. If she could grasp the classics, I would let her dip into the ocean of Goethe and Keats, perhaps throw in Rilke for good measure.

When she whined about wanting to improve her body, I took her to my gym. So embarrassing. Everyone gaping at the mad woman in a toque as she swung a pair of fifteen-pound dumbbells in circles over her head while executing something resembling squats.

It could have been worse. I suffered three fractured toes. Splints and crutches for six weeks.

Hobbling into Edna’s salon with what one might call misplaced dedication, I asked if she had managed to read Pride and Prejudice.

“Oh, the book? Actually, I don’t get it. All those women with petticoats and put-on attitudes just to attract a man. It’s depressing. Why not just let it happen naturally? You know, a guy and girl see each other across a crowded room. Learn they have some things in common?”

“Don’t be an idiot,” I remember saying, “nothing happens naturally.”

“Think of one good thing about her,” my psychiatrist said during one of our sessions. “Sometimes we exaggerate or invent negative things. Shall we look at that?”

I was seated with great discomfort in a straight-backed, armless chair. (When did these people give up on couches?) I told him that I’d give it some careful thought and get back to him; but he insisted on keeping me, like a child after school, until I could think of something nice to say. It wasn’t until my lower back began to spasm and one leg became completely numb from crossing it, that I blurted out, “Her eyes!”

“Ah, her eyes.” He smiled and leaned back in his leather chair and folded his hands behind his head. “What about them?”

“I suppose some people think they’re pretty,” I mumbled into my clenched hand. “A sort of greenish-gray.”

“And do you think they’re pretty?”

He leaned forward with his elbows planted on the desk. “Are they soft, maybe? Do you think her eyes are soft?”

What a ridiculous question. I hate it when people manipulate others, especially when they’re being paid to do it.

I stood, put on my coat, rifled through my purse, and threw down his weekly cheque. “Not as soft as her head,” I said.

I’ve been thinking about the nature of friendship. About Edna’s and my friendship. What did she get out of it? If we hadn’t grown up together, would she have chosen me for a friend? A fleeting Hallmark sentiment to be sure because I can’t help feeling the way I feel and there’s no point in dwelling on it. I’m sick of dwelling.

After my failed attempt to educate her and to improve her body, I became distracted by Jonathan. He was into Zen at the time, and I loved him for his simplicity and honesty. He helped me embrace a state of emptiness, an ethereal state of non-being. Have you ever reached into your coat pocket and found a scrap of paper with a name written on it and you can’t recall who that person is? Well, that’s who I wanted to be. A non-person. The one whose earthly identity has slipped forever from people’s minds.

With Jonathan, I felt, for the first time, a sense of peace; and in his presence, all the strain of the past melted away. We used to sit Full Lotus on our bare living room floor, listening to the thrum of the universe as honeyed squares of light from the window crept across the wall. We had divested ourselves of material things: the shag carpet; the little ceramic dish you bake cheese in; the silver cigarette case I’d given him just before he’d quit smoking. We got rid of it all.

“Centre,” I say, pulling loose threads from the towel.

“You know, you really should change your hairstyle,” she says. “How long has it been?”

I’ve always suspected her histrionics, the way she always played the pathetic cripple whenever I was around. She never limped at other times. How do I know? Well, I believe one can get a sense of things without having to actually bear witness.

But I admit I’m feeling a small touch of nostalgia for those girlhood days we used to spend in the meadow, racing our horses under the sweep of summer sky. Being the skilled rider, I was always in the lead with Edna a great distance behind, flopping about in the saddle like a sack of potatoes. It’s no wonder she fell.

Taking a comb from the jar of antiseptic solution, Edna then slaps it against a towel. She spritzes my hair with cold water, rakes the comb through, and begins to cut. Her face draws down into a frown and she lifts her gaze and fixes it on my reflection with a scowling intensity.

“You know, Gail, I never asked you this before, but I always wondered why you rode off and left me there.”

I raise my eyebrows.

“You know, when I fell off the horse? The surgeon said if he’d seen me sooner…”

I can’t believe it. After what she’s done. To say a thing like that?

I leap from the chair, fling off the towel, and rush out the door.

On the street, everything is hazy. I begin to run, but fall down repeatedly, grazing my knees. A car horn honks. Someone yells, “Get off the street, you crazy bitch.”

Back in my apartment, I throw the latch on the door, whip the drapes across the window, and pour a glass of wine. I take large gulps, draining the glass, then I pour another and drink it down, and then a third. When I stumble to the mirror, I see my wet hair hanging in strings, short on one side, long on the other. “I’m half cut,” I say in a mad woman’s voice. “Ha, ha, half cut!” I down my drink and pour yet another.

They say there’s a simple way to rig a car bomb. All you need is a large amount of iron oxide and aluminum powder. Mix together in a three-to-two ratio and place it on the car engine. But I don’t think that would work. There should be some sort of timer system to ignite a blow torch that sets off the ignition switch or something. I need to work on it.

Yes, I’ll perfect it, and the next time she goes for a Sunday drive in the country, cover your ears.

But wait. She’ll be with Jonathan and their two children.

I’ll have to think of another way. 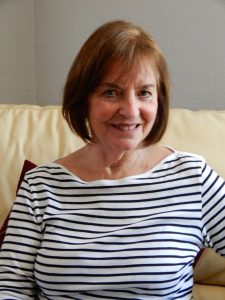 After Jeannette Harvey sold her advertising agency in Whitehorse, Yukon, she traded copywriting for writing short stories. She previously worked as feature writer and editor for The Weekender, a Yukon News publication. She splits her time between Atlin, British Columbia and San Miguel de Allende, Mexico. Currently, she is working on a novel set in Mexico.