At last! The master of ceremonies began concluding his darn long speech—never thought I’d hear the end of it.

He looked at us in the front row and continued on some more.

“A big hand, please, to three wonderful sisters—Mildred, Dorothy, and Rita—for their jointly written memoir about their grandfather’s experiences as a guide to the Royal Canadian Artillery in 1900, in Canada’s first foreign war—right here in South Africa. Welcome to our beautiful land, ladies, and merry Christmas!”

Gosh, did we feel silly.

“. . . and, of course, enjoy your two-week retreat at Mount Indlovu Safari Lodge,” he croaked as his voice finally began to give in.

The hot air hit us hard when we stepped out of the air-conditioned bus at the lodge the next morning. After all those Christmas carols driving us nuts on the bus along the way, we were greeted by a dense heat, and the strange but very welcome sound of something different: a deafening cicada shrill.

Our room was beautifully decorated with colourful colonial furniture against white-washed walls, and a large Christmas tree in one corner stretching up high to the thatched roof. Instead of the usual festive decorations though, the tree was adorned with big baobab pods and small engraved calabashes. And instead of the smell of Christmas turkey and the boozy eggnog cream pie we’d be making at home this time of year, the scent of the freshly thatched roof filled the cool room. With that scent came many memories of our childhood in Africa a very long time ago, before our family moved to Canada.

Yes, it was going to be a good two weeks.

Mildred, Dorothy, and I unpacked and started getting ready for the late afternoon drive into the cooling bush.

“Stop being such a crank again, Mildred,” said Dorothy, “This is probably the last exotic trip we’ll be going on, so may as well enjoy it. Wha…what is this? Call room service! There’s no cognac chilling in the fridge!”

At 4:30pm, after a light snack, we jumped into the open Land Rover waiting outside. Well, I made my way up into the vehicle, and Dorothy was dragged in by Richard—our very well-built driver—similar to the way a leopard drags a dead animal up into a tree for the night. And Mildred, she refused to get in until someone had fetched her a wooden stool to perch from, just like she used to do in the old days when we still used to ride.

Fifteen minutes later we were all strapped in and ready—Dorothy and I at the back, and Mildred in front next to Richard. Right at the back, and looking very serious, sat a nice young man with a big gun. He greeted us with a nod, and then went on with his business of looking very serious. We thought he looked rather out of place though; maybe it was the cushion he was sitting on—green and red, dotted with flying reindeers. And then we saw the small plastic Santa Claus in a sleigh stuck to the car hood!

When we wiped the last tears of laughter from our eyes, Richard politely asked, “Ready, ladies? Let’s get—”

“Um, I need to go to the ladies’ room.” Mildred interrupted.

Ten minutes later we sped off into the buzzing wilderness, those smells and sounds of the bush stirring up memories of our grandfather once again.

“Remember when he used to take us for walks up Mapungubwe Hill?” asked Mildred. “And when we came across that big troop of baboons.”

“Can’t believe I’d forgotten about that,” I said, “that we even survived that day.”

Approaching a dry riverbed, Richard was forced to slow down because a major rainstorm the week before had carved deep grooves in the road. We held tight to the bars while the car rocked to and fro, like a ship in raging seas. We then dipped through the sandy riverbed and back up onto the other side. As we drove past a massive bush below a tall stinkwood, the bush shook, stopped, then suddenly burst alive with a thundering elephant bull.

“Go, Richard, go!” Everyone yelled. “He’s charging!” Even Richard himself was shouting this, I could have sworn. Everyone was making a big noise, except Dorothy, who was snoring softly on the seat next to me, tufts of her thick white hair saluting the blue skies above with each exhale. Only the safety belt—her one and only stoic, gentleman aide—was keeping her from toppling over in an unladylike manner. Funny how graceful she managed to look no matter what the situation.

Instead of speeding off, the Rover jolted to an abrupt stop. We all fell over like skittle pins in the back, and the plastic Santa toppled off the car’s hood, sleigh and all. Richard had stalled the engine in the panic. Just like in those stupid Hollywood films, I remember thinking.

Then the car wouldn’t start. The charging bull was only a few feet from us, trunk raised and ears whooshing wildly. Suddenly it seemed that the red dust he was kicking up had stopped mid-air, just hung there. All sound fell silent, and time slowed to a standstill.

Only a slight breeze tickled my nose, and in it I smelled something—for the first time in years. It was the smell of algae from a stale waterhole, mixed with mud and muck, caking on the wrinkled hide of the approaching bull. I also picked up the scent of stinkwood. We must have interrupted him while he was scratching himself on the tree as we drove past.You tart, you!

How do they keep those tusks so white and clean? I found myself wondering as he edged on closer. I realized that I hadn’t seen such detail since I got those smart new glasses on my seventieth birthday, which I sat on by accident the next week.

And those fine brown grooves along his tusks, what a lovely antique patina—just like my old mahogany chair back home. Hmm, gives him a distinguished look. I noticed too that he had a polished area on his left tusk, most probably where his now-raised trunk would normally hitch a limp ride on hot lazy days.

Actually, your tusks are quite small for your size, you big ape! Perhaps I said this aloud, I don’t know, because when I glanced over at Mildred, she was staring at me with eyes as large and blue as my Jasperware saucers. Her mouth, a gaping moving hole, seemed to be saying “What?” but no words came out. Only the end of her white and pink flowery dress waved at me softly in the breeze.

I looked back at the elephant. The web of bulging dark veins in his translucent ears now lit up so pretty against the sun. Are those really bugs crawling around your wrinkles? You fleabag!

My need to look him in the eye then withered, and I calmly turned around towards my beloved Mildred and Dorothy. Thank you for being such wonderful sisters…friends, actually…we really had some good times together here and back home in Port Alberni, didn’t we?

My sentiments were shattered by the handsome young chap at the back. He was no longer seated on his cute cushion. No, he was on his knees, fumbling for the gun under the seats somewhere. Or was he hiding there? His face was grotesquely distorted, and his mouth was also pulling in unusual, unsynchronized directions. Strangely though, he too emitted no sounds.

I glanced over at Dorothy. She was still snoring with that peaceful look on her face, which was tilted forward now, with lips dangling askew. In this silence, I closed my eyes and braced for the impact. See you in heaven, Granddad—you just won’t believe how we got up there!

When I opened my eyes, after what seemed like an eternity, the car engine was screeching and time had recovered its normal pace again.The wings of squawking birds were beating the air noisily as they scattered through the trees. It turned out that Mildred, the driver, and I were not miming after all—we were all screaming. Very loudly. It seemed that not only had someone turned the sound on again, but also pressed rewind because the elephant was now going backwards. The distance between us grew, and the giant began to shrink into a thick cloud of whirling dust as we sped off. Richard had managed to get the engine started after all.

When we got back to the hotel, Dorothy woke up. “So, about time for a sundowner, ladies, don’t you think?”

Maybe we should’ve stayed home, making that eggnog and plum pudding instead. 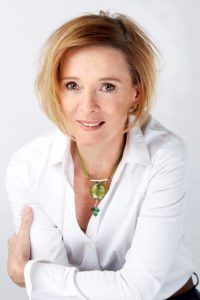 Rosa Lea grew up in South Africa, where she spent a lot of time wandering about the bush on family holidays. This time in the African wild has provided her with a love of nature, strong empathy and an eye for detail—staple elements which can be found in all her works. After moving to Europe in her late twenties, she ran her own translation agency.

Recently she ‘discovered’ creativity and the wonderful world of writing. Two of her short stories (Elephant Killers and Paths Taken) have been published in an online literary magazine in 2017.