Luani scanned the new Symphony Hall with an appreciative eye. After five years of refurbishment, untold cost overruns, and the inevitable discussion of whether art was worth it (in such perilous times), the building was finally complete.

Golden Quebec beech panelling angled through the hall to maximize acoustic reflection; high balcony walls curved like the sides of a ship; and the organ’s massive pipes glittered at the bow of the room. The organist perched in a crow’s nest halfway up to the soaring ceiling, a thin metal rail all that stood between her and empty space.

“Why waste time on a boondoggle,” Tino had said, “at the end of the world?” Her co-worker was a practical sort, packing the same peanut butter and jelly sandwich for lunch every day. He didn’t understand her need to visit the new hall.

She shrugged off her white lab coat and nodded towards the DNA analyzer. “Can you flip the samples for me? They’ll be done in fifty-seven minutes.” His nod allowed her to escape the lab’s fluorescent lights and dual-stage filtration system in time for the concert.

Lu picked her way across feet and scrunched legs to find her seat. Most patrons had checked their coats, but Lu shrugged hers over the seat back and curled the heavy wool around her; it looked odd in the already warming room, but she needed what was in the pockets.

The overhead lights dimmed to dusk. Lu slipped a hand through the coat pocket to the secret compartment inside, a little pouch that she had fashioned from a tank top with a rainbow on the front. The shirt was no loss—they wouldn’t see another summer.

The recording button, nestled against her thumb, was a round target that she could find in the dark. The click of the switch was drowned out by the announcement to turn off all cell phones prior to the show. And absolutely no recording. Why they cared at this point was beyond imagination.

The program called for Saint-Saëns, a rollicking movement that reminded her of happier days, listening to classical music with her father. The notes were by turns energetic, despairing, and hopeful, featuring an implausibly optimistic ending. She captured it all.

After, Lu eeled her way through the crowd to reach the wide glass doors before the crush. A toxic veil of snow shrouded the streets in cinematic, shimmering white flakes. Despite the danger, she liked that it hid the piles of uncollected trash.

Public transportation had become unpredictable. She pulled her coat tight against the cold and walked the long road back to the lab accompanied by thoughts of the night’s beauty, and her mission.

The final batch of samples had not brought good news. Perhaps another lab, on this or any other corner of the globe, would find a cure for what ailed them. Lu doubted it. There would be no technological solution to this devastatingly organic problem, hence, her side project. By staying late, she was able to breed her swarm without interference. Lu doubted that her boss, who was working herself to death trying to find a cure, had noticed her at all since the news broke three months ago.

The next Saturday Lu returned to the orchestra for an adagio by Albinoni. The seats on either side of her were empty this time. Was the magic of the reconstructed ark that was the symphony wearing off, or was this something else? The click of her device sounded louder this time, but no one bothered to turn.

Her first generation reached target age, allowing her experiment to progress to the next stage. Lu picked a Sunday evening to begin, even though it meant missing what promised to be a particularly fine performance of a Mozart piano concerto. Mask on, deep breath, begin.

A matinee this time, with discounted seats but even fewer in attendance. Lu frowned as she settled into her seat. The couple in the row ahead of her, who had introduced themselves as dedicated season-ticket holders, were absent. A dusting of heads, most greying, faced the stage with dull anticipation.

Was it her imagination, or had the stage manager rearranged the players’ chairs? Lu squinted in the dim light, trying to make out the exact number of arms wielding bows, feet tapping beneath curved metal chair legs. The conductor blocked too much of her view to be certain, but the number of artists on stage felt fewer, the swell of the music less dynamic. Cooperative, still a joint effort, but a sound attenuated by fewer hands.

“Cockroaches?” Tino’s hot breath on her neck made Lu jump. “Why are you messing around with them?” How she missed him coming up behind her she didn’t know. Sensory deprivation was often the initial symptom of the disease. A flick of the wrist blocked her work from view and closed her lab book; its cover was black like the ones they used for official research, so she hoped that he wouldn’t notice the difference.

“Just testing out an idea,” Lu said. “Have you found something?” Tino never turned down a chance to talk about himself, and he was a brilliant scientist.

He shook his head, the creases on his forehead deeper than she had ever seen. She felt like an idiot for indulging even a flicker of hope. They wouldn’t get through this. All they could attempt was to extend a breath from beyond, to cling to the conviction that someone, somewhere, would find it and know they had lived.

“Ladies and gentlemen, we are deeply sorry to announce that today will be our final concert for the duration.” The loudspeaker echoed through the near-empty hall. Lu instinctively looked for the announcer but saw only the handful of others courageous enough, or foolish enough, to brave the night. Her eyes locked with an elderly woman’s, seeing the reflection of her own knowledge that for any human alive, “the duration” might as well be eternity.

Perhaps half of the players had come, perhaps only half could still come. The conductor asked for a moment of silence before the first note. In that massive, almost empty space, the gesture of respect came easy.

The room’s perfect acoustics amplified the click of her recorder. The conductor straightened his back and nodded once before raising his wand.

Finally, she’d done it. Months of work as her colleagues fought desperately on, struggling against the inevitable.

Snow still fell outside, carrying with it their doom. Lu shifted her backpack over one shoulder and slipped out the lab’s main door and into a layer of snow. She trudged to the centre of what had been a small but immaculate lawn nestled between glass and steel buildings. A frozen concrete fountain sat silent to her left, and trash filled the quad’s far corner in a haphazard pile of shredded plastic bags.

The quad stank of decay. A vent at the southern corner of the administrative offices spewed steam near a sewer grate. Food, warmth, and moisture—perfect.

She sat on the cold white ground near the fountain and extracted her favourite childhood lunchbox from the backpack. The scratched metal exterior was blue and white and shaped like an old mailbox, the kind with a rotating red flag on the side to signal a delivery. She raised the little flag one last time and laughed at the symbolism, and her own folly.

The latches on the decades-old box stuck from disuse. She gently wiggled them open and tipped the box onto one side. Hundreds of young cockroaches streamed towards the sewers with an unerring instinct for food and shelter—survival.

Lu watched the last of her creations scuttle away and knew that her efforts were likely pointless. Of all the things to record for the future, a few musical pieces played at the brink of the cliff would make little difference, even if anyone lived to discover them. But it was the human experience, music played live and with as much hope as humanity could still muster. She fell back into the thick layer of snow, her laughter turning to tears.

Frigid snowflakes settled on her bare hands, neck, and face. She shivered at their feather-light touch as though additional exposure might make a difference.

It would not. No one escaped infection.

She stuck out her tongue to catch the next flake and the next, collecting as many as she could. All the while her roaches streamed into the night, an ark of artistry, music woven into their DNA like a tenuous thread connecting the present to an unknown future.

When Tino ventured out into the icy night, he saw Lu lying face up on the snow-covered lawn. Her arms and legs moved in time with the stars as she made angels under a darkening sky. 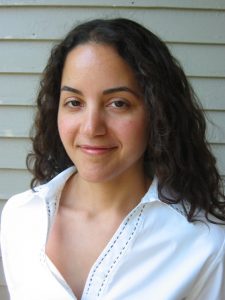 J.R. Johnson is a social scientist, writer, maker, archer, and unlicensed librarian. She grew up in the folded Appalachian hills where she learned to love fall, blueberries straight from the bush, and the stream beneath the willows near her house. The fact that fall is inevitably followed by winter, that picking berries meant crossing paths with bears, and that the stream was laced with dioxins may also have had some impact on her outlook. She now lives and writes in Ottawa, Ontario. For more on her latest projects visit jrjohnson.me.