The Grittiness of Mango Chiffon

Oh, those squinty little eyes. I’ll never forget the look of them. Like the night she found tobacco crumbs in my baseball jacket pocket. She spread the brown flakes out on a white napkin under our dining room table’s one-hundred-watt bulb.

“Arnold, I thought you told me you did not smoke?” she said. Her voice was calm, level as wet cement. The clock ticked on the mantle, sounding just as nervous as I was.

“Thought you were an abstainer,” she added, breaking the near silence like a firm, light rap on the skim of ice topping a bucket of water. For this she used her secret weapon—a large English vocabulary. A second lexical ordnance to complement her mastery of Low German.

“You mess with the bull,” she’d say, ignoring the gender incongruence, but concentrating instead on her low-and-slow delivery, “you get the horns.”

She was rail thin, but each length of her was oddly punctuated with a jutting joint that reminded me of an ink blot on an otherwise smooth straight line. Wrists, elbows, hips, and narrow shoulders each clenched like a knot in a rope. She was slightly stooped, though not tall, and the shape of her back foretold of a hump that would appear in her last years. Her voice was gravelly from cigarettes, but the gruffness I heard could have been more a reflection of what she said—far more John Wayne and Tommy Douglas and Teddy Roosevelt than the feminine icons of the day. She may have been quoting the Voice of Women movement, but it sounded like the voice of Bogart, Humphrey.

Mother wore modern, tight-fitting slacks and knit sweaters. Her hair was bobbed short, and she had an affection for hats. The shelves of our closets were bulging with Metz—brimmed, knit, peaked, and proud. Her headdresses rested there awaiting a day in the sun. Clothes and their meaning—implicit and forthright, both—were important to her. Her dress and by extension that of her children was her Polynesian tattoo, her Mayan manta.

Clothes not surprisingly were at the heart of another memorable incident—one of my favourites in a wardrobe holding many such misadventures—when my sister got in trouble at the high school in our little Mennonite town. I recall it just so, partly witnessed and partly imagined. I remember the event as if I had been there filming the whole thing: “The Miriam Thiessen Story,” a documentary on CBC. I suppose our school principal from that time remembers it too, but for him, more like watching The Nature of Things: “The Moray Eel—Dangerous when Provoked!”

The Hartplatz Ministerial Association had, in 1960, decreed that it was improper for girls to wear pants to high school—it was skirts or dresses, full stop. While Khrushchev brandished a shoe and threatened missiles, in Hartplatz other matters took precedence.

When the Arctic air arrived in Manitoba that January and the mercury hunkered down at thirty below with a gusting wind that licked the frozen ground, my mom rebelled. She stood her ground, also frozen, and pushed back against the HMA Board of Directors.

“Foolishness!” she said, exhaling a bluish stream of smoke towards the kitchen ceiling. She peered out of the frosted window as snow devils wound curlicue trails on the ploughed field across the road from our house. The wind heaved with a grunt against our bungalow, managing only the slightest quiver, registered by a timorous cymbal in the cupboard where the once-a-year crystal dishes sat. “This will not stand!” she assured the whimpering dishes and any cutlery, cookware, or condiments that cared to listen.

I’m sure she saw the HMA board members in her mind’s eye as she entered Wiens Dress Shoppe (for the smart set) later that day. She marched in with a purposeful stride, my sister Edith in tow. In her agitated state (messed with) Mom must have been mentally targeting them: their bleary staring eyes, their balding heads, and their jowly neck wattles overhanging starched shirt collars. She saw them overseeing her, as if they were right there—a rafter of turkeys . . . a cabal of turkeys . . . a conspiracy of turkeys! She visualized their cocksure frowns, honing her resolve.

Curtly and without a second thought, she blinked them away, took a portion of her summer vacation savings and bought Edith a proper ladies pantsuit in a pastel yellow. The suit jacket hung midthigh. “That is at least as long as those crazy miniskirts, and those are allowed!” Mom seethed. The pants had a tasteful loose fit and sharp dressy creases down the front and back of the leg. They sported modest bell-bottoms. “What’s wrong with that?” she said to Edith with revolutionary zeal. Undergirded by a pair of double-thick leotards, Edith would be warm as bread from the oven on her half-mile trek to school and back.

But Edith resisted, protesting, “I’ll just get in trouble. I’ll get sent to the principal’s office in my first class, guaranteed.”

Mother was resolute. She took the body, not the puck. “Let them. Let the teacher send you there. You just tell Principal Reimer to call here . . . tell him, ‘Call my mom,’ that’s what,” she told Edith. Then under her breath, “Bunch of turkeys . . . who do they think they’re dealing with?”

The first day Edith wore her new mango chiffon pantsuit—sure enough—it was off to the office before class began. Banished, Edith was, even before their daily singing of “God Save the Queen” and recitation of the Lord’s Prayer.

I was home with my mom that day, sick with the flu. I sat at the oval table sipping flat 7UP, Mom’s remedy for a sick stomach or buck-weeh-doa that I favour still. I saw those eyes—tattered blue—and how she looked, pacing the kitchen floor, awaiting the phone call.

I can still see her stance—jaw thrust forward, a cigarette squashed in her fingers as she lifted the jangling phone from its cradle. I can almost hear the creak of the floor as she stood swaying in rapt concentration, the phone to her ear and her small eyes lasering two smoking black holes into the back wall of Broesky’s Autobody Shop, behind the house. Dill, on parole from the deep freeze and chopped fine on the cutting board scents the room with a clean and healthy tang—smelling salts’ country cousin.

“Yes, this is she. Hello, Donald. How are you? Fine here, too. Shirley is well? Good, uh-huh.” It was as if she was circling him, looking for an opening, her breath coming out of her nose in short hard puffs. “Nah jo. So to what do I owe the pleasure, Donald?” Her tone, burnished by a lifetime of this kind of weighty conversation, offered phrasing carefully chosen and sharply enunciated.

“Oh yes, I recall. Edith brought home the note about girls only wearing skirts and dresses to school. Mmm hmm, that note was perfectly clear. Ministerial Association . . . Yep. Don’t really know what jurisdiction they have in the school, mind you, but no matter. So, she is wearing her new pantsuit today. It was seventeen plus alterations at your sister’s dress shop, by the way.”

Whenever Mom retold the story or when I used to tell it in her company, I could feel her body tense as this part was reached. It was a certain kind of feral tightening, a tension that stood the hair on my neck and prickled up goose flesh because I knew there was violence, imminent violence, attached and coming soon. It was the cougar crouched motionless in the tree, riders approaching along the trail below.

Mom had grown up in Little Moscow, part of Hartplatz where Russian Mennonites who fled in the 1920s had congregated. The majority of the town was made up of those whose families had immigrated earlier, in 1874 and soon after. The poorest left Russia first and suffered the harshest conditions in Canada, building their new communities. Many wealthy families with land and possessions stayed on, trying to make the best of the fast decaying peace they had worked so hard to achieve in southern Russia. They suffered harm and economic retribution in the years they stayed on only to be resented by their former brethren when they landed in Canada, now the poorest of the poor. Both groups lived with hardship, and there was resentment aplenty to go around.

With this in her background, my mother had a simple attitude towards suffering. She did not seek to endure in silence, or to see it as a sacrifice or a purification. No, that was fool’s gold. Her approach was more like a runner in a relay—she’d accept the burden and hurry to hand it off, usually with added dross and compounded pain of her own manufacture.

Now, on cold blustery nights when I can’t sleep, I might take a book with me, slippers shushing along the floor as I head to the living room. I sit on the new couch in the old house—once hers, now mine with her gone an even ten years. I lean against the firmness of the modern furnishings and look out of the newly replaced picture window. The wind hoists snow in a pattering assault on the glass, like a shovel full of dry oats flung by an invisible set of hands. I hear the furnace kick on, the little blue pilot igniting the row of nozzles, turning them blaze orange and sending heat up into the silver skirts of the galvanized plenum.

All is well on this winter night, me snug in my retrofitted habitat—offspring of a prairie sod hut. The fire is burning bright. I am cradled warm and cozy. But even feeling wrapped up and safe, I am restless. I think of Mom. How can I not? She is, I’m sure, my co-habitant for life.

I wander into the kitchen, picking up my feet to the command unheard but present, “Arnold, don’t shuffle!” My book lies spine-cracked on the couch, wondering what it did wrong.

I go over to where she stood so many times, and I’m found there by the faint olfactory vestige of garden dill, or at least the memory of it. Without warning, I’m jolted back to Edith, to Mango Chiffon, to Principal Reimer, and back to the Voice of Women and the Hartplatz Ministerial Association.

Clearing my throat, I rock back and forth while holding a 1960 telephone receiver up to my ear. I squint my eyes and in a croaking vibrato, narrate the conversation’s conclusion. 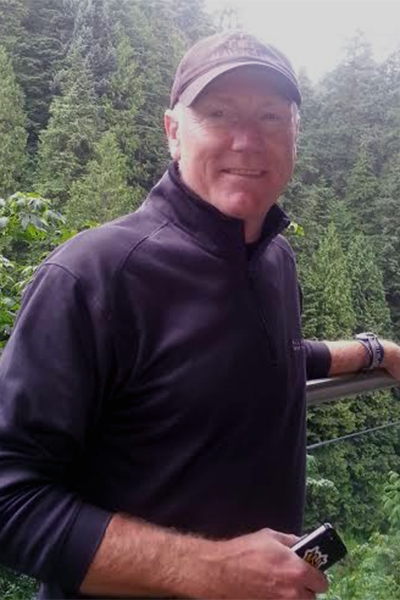 Mitchell Toews lives and writes lakeside in Manitoba. His writing has appeared in a variety of literary journals and anthologies.